5 Core Exercises Every Athlete Should be Doing in the Gym

Core exercise is a hotly debated topic in strength and conditioning circles. Ignoring opinions, we've looked at the research to provide you with 5 evidence-based core exercises that every athlete should be doing in the gym. 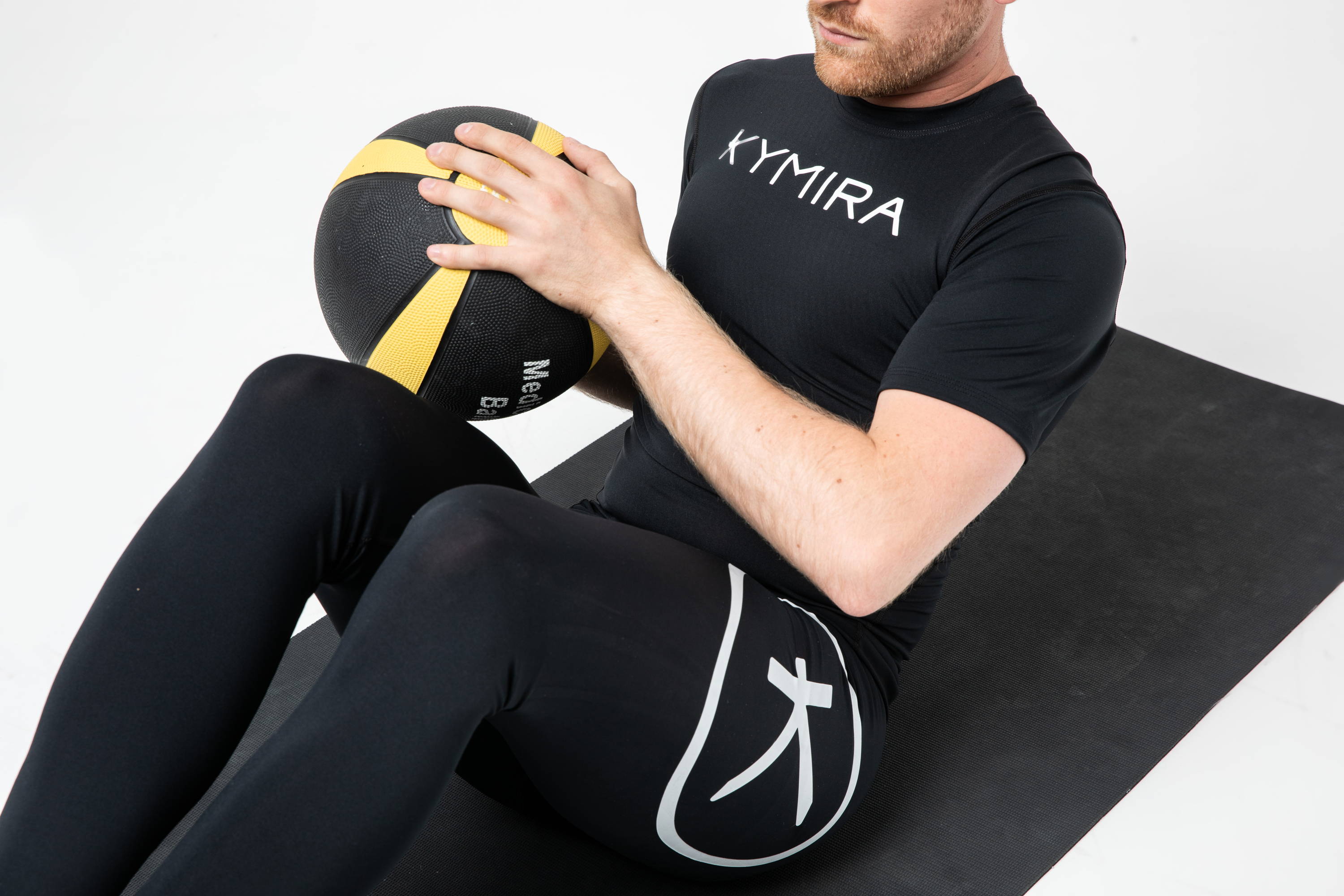 Core exercise is a hotly debated topic in strength and conditioning circles. On one hand you have the therapy-inspired side, suggesting that all exercise should be done in a neutral spine position to protect the back. On the sports side, you have coaches suggesting that sport doesn't occur in a neutral spine position so core training has to reflect that.

As with many things, the right answer is somewhere in the middle. You need to work in neutral spine to ensure the protection of the back and it's musculature, but you also need to spend time working dynamically to ensure the core can function effectively in a sporting scenario.

In this article we're going to look at the evidence base and suggest 5 core exercises that every athlete should be doing in the gym. These exercises will protect your back whilst allowing you to generate force for your sport, regardless of what that might be.

Core exercise is a hotly debated topic in strength and conditioning circles. Ignoring opinions, we've looked at the research to provide you with 5 evidence-based core exercises that every athlete should be doing in the gym.

Core Exercises Need to be Applicable

When programming core exercise for athletes you should consider the field in which the athlete's movement will be applied. For example, in sports such as golf or tennis there's a huge rotational element to the movement, so that should feature in the core training programme.

To decide on the best core exercises, we need to consider the role that the core plays.

Now we understand more about core stability, we have to look at how we train for it. Forget your ‘favourite' exercises for a moment – we have to think about the environment and movement required.

We know from research that in many cases, abdominal trainers such as fit balls etc actually reduce the effectiveness of abdominal training in specific exercises (such as crunches), because they recruit the hip flexors more and therefore reduce the work done by the core[1]. Whilst they're not deemed redundant, we have to be selective with how we use them. Instead of performing basic stable exercises on them, it may be more beneficial to harness their instability and ballistic properties to enhance core training.

When the EMG (electromyographic) activity of various exercises were studied, the results showed the Swiss ball is very effective when used for exercises such as ab roll outs and pikes [2]. Trunk muscle recruitment was increased, whilst hip flexor engagement decreased.

Athletic core development is about performance, not aesthetics. The ability to resist force and stabilise under challenging conditions requires strength through to the deepest layers of muscle within the core. They also include the muscles on the back of the body – after all these are arguably important to spinal stability.

In a study involving 16 different exercises, researchers found that exercises starting in a vertical position (deadlifts, squats, hanging leg raises etc) activated more core muscle than exercise started in a horizontal position [3]. This shows the importance of exercises such as deadlifts and front squats to athletic core development. A strong back allows core stability and helps to generate rotational and linear force.

Rotational movement also has to be trained. Too many coaches rely on exercises such as crunches, when they provide little/no movement benefit in rotation. When the EMG data of muscles were studied during rotation [4], it became clear how exactly these muscles are recruited. Knowing how important the obliques, intercostals and even lats are to rotation means they have to be trained in an effective core training workout.

5 Core Exercises Every Athlete Should be Doing

With so much evidence and data to back up the thinking on core training, we can put together a series of exercises that we can say with confidence should feature in an athlete's core training programme.

Of course you can adjust your sets and reps to your requirements, but here's 5 core exercises every athlete should be doing…

Why? These don't just train abs – they train grip strength too, which is important as a crossover ability in sport. They also add an element of movement which has to be controlled with smooth, slow movement which increases time under tension.

Why? Research shows the combination of instability and movement away from the body is an effective way to recruit abdominal muscles. It also reduces the amount of hip flexor recruitment, making the exercise more effective for the abs.

Why? There's more to the core than the abs – you also have to train the back because it stabilises the spine. Deadlifts start vertically, which we know recruits the deeper core muscle more effectively too.

Why? The Pallof is a combination of anti-rotation and core stabilisation as the arms move. It's also a standing exercise so removes the use of the hip flexors. It's an effective all-rounder that forces the core to work in a number of planes of movement.

Why? The front squat loads the front of the body, so the lower back and core have to work hard to stabilise the trunk and keep the back upright. It also challenges your core because you have to maintain an upright posture whilst you're moving. Oh, it's a great leg exercise too!

KYMIRA's infrared technology has been proven to benefit us in lots of different ways, but there's two here that we are interested in. The first one is that infrared has been shown to enhance strength – that's right, literally wearing the right clothes can make you stronger! [5]

The impact on recovery simply cannot be ignored either. There's a clear link between infrared and recovery from both strength and endurance based exercise [6]. By wearing KYMIRA before, during and after exercise you prime the body for training by enhancing blood flow, work harder during your training and then recovery faster.

It's an all-round win!