Cycle Touring: Possibly the Most Epic Way to See the World

Taking the world by bike; Eerika shares her extraordinary story, cycling across 25 countries from London to Australia. 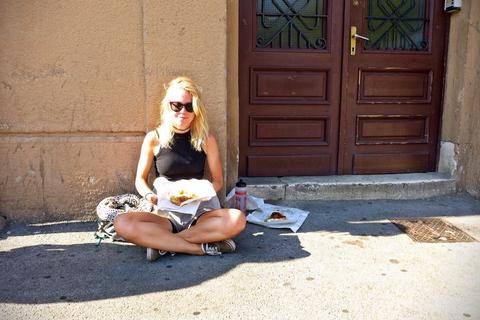 July 2015, Eerika Leino embarked on a big adventure, cycling 21,000 kilometers over 21 months. Her journey began in East London and she travelled across 25 countries, concluding her journey in North Queensland, Australia. She had dreamed of returning to the land down under and being a passionate cycling commuter in London, it naturally felt like a good way to explore the world.

We spoke with her to find out more about her incredible journey:

What did you eat on the journey?

Anything and everything! Local eateries, street food and bakeries are great for budget travelers. In Europe, I cooked simple meals with a little Trangia, whilst in countries like India, I could splash out and eat in nice restaurants for the same cost!

Where did you sleep?

What bike did you use? Did you use any tech?

My bike is a Surley Long Haul Trucker and I used a Brooks saddle. I absolutely love both saddle and the bike, and had very little problems along the way - basically none. I didn't wear any other cycling clothing apart from padded cycling shorts underneath my usual clothes. Oh, and I decided to name my bike Jodie after cyclist and writer Josie Dew who's books I've enjoyed. 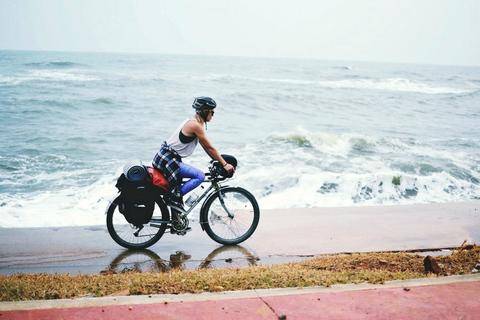 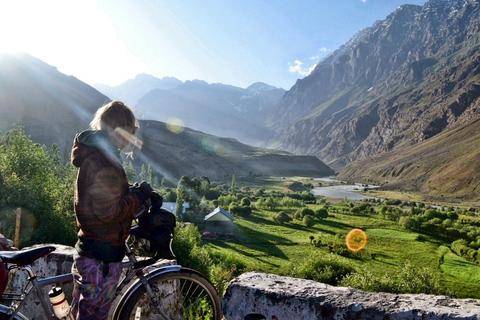 What was your favourite destination on the journey?

What was the most difficult part of the journey?

The famous Manali - Leh Highway between Ladakh and Himachal Pradesh, India. Imagine, 10 days cycling over the Himalayas on one of the highest roads in the world (peaking at 5300 metres!) and sleeping at remote tent camps in high altitude... with a stomach infection.

Another challenge was crossing Armenia in January. As a Finn, I'm used to snowy winters, but cycling across this small but mountainous country on icy, snow-covered roads was pretty insane to say the least. 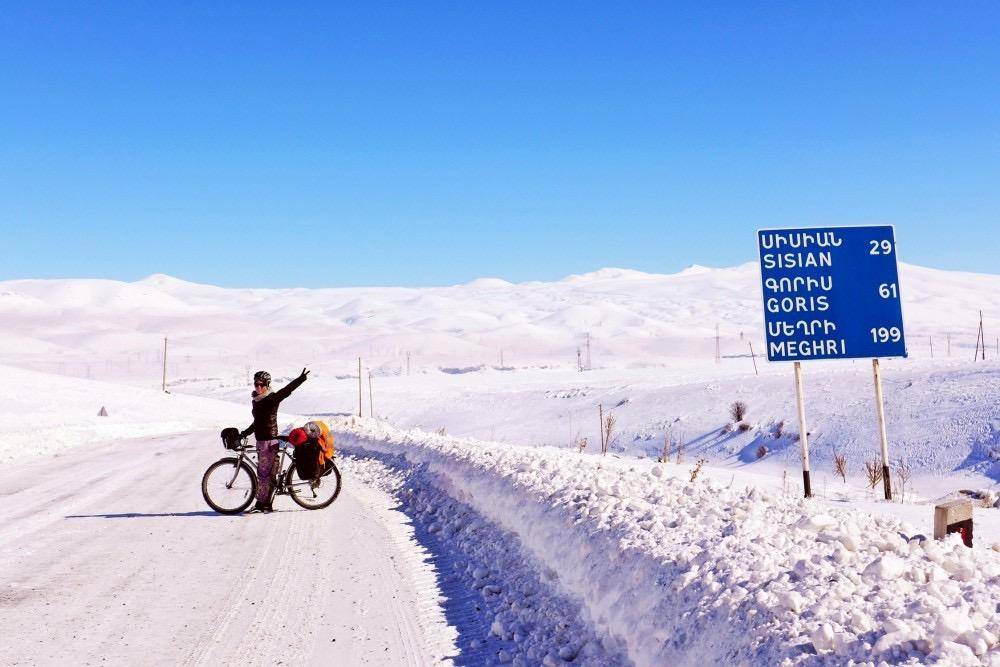 Did you meet any people along the way and what were they like?

People made the journey! I'm convinced that years from now, rather than beautiful landscapes or sunsets, I'll remember all the fascinating people I met along the way. As a cyclist, you tend to attract wonderful people wherever you go and encounter a lot of heartwarming generosity and kindness from complete strangers - even when there's no common language. People are often curious about cyclists and want to help as much as they can.

I barely trained at all and it isn't necessary if you're not going fast; you can build your fitness up as you go. I did start jogging some months before leaving, but didn't manage to keep it up. I was already cycling to work 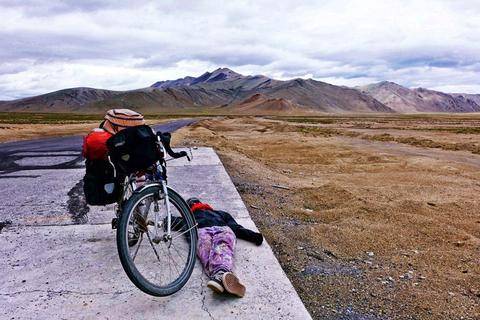 every day though. I also prepared mentally, like by giving away belongings I'd no longer need.I wasn't too worried about the physical part.

On this kind of long and slow journey, it is important to take time to rest and re-fuel along the way - take time off on a relaxed beach perhaps, or in a lively capital city. Sometimes just one day, other times a week or even two.

Would you do it again? And would you recommend it to others?

Although still relatively unknown, cycle touring is such a great, fun and ethical way to travel, and really doesn't require amazing physique nor a lot of money. I'd love to see more people cycle, whether it's commuting, holidays or even for trans-continental traveling. I have no further plans yet, but I hope to cycle across the Americas one day.

What are you doing now?

Currently, I live and work on a vegetable farm in North Queensland, Australia. Living in the middle of nowhere with 30 other young people has been a completely different yet exciting experience. I plan to reside in Australia, saving money for the future adventures - wherever they may be.

All images were supplied by Eerika Leino.