Debunking the Myths: Women in the Weights Room

Women often avoid weight training for fear of becoming too manly or muscly. This myth is stopping women getting the best from their training. Learn from Kelly Holmes and other successful female athletes who have incorporated weight training into their programs for explosive workouts and lean, powerful bodies. 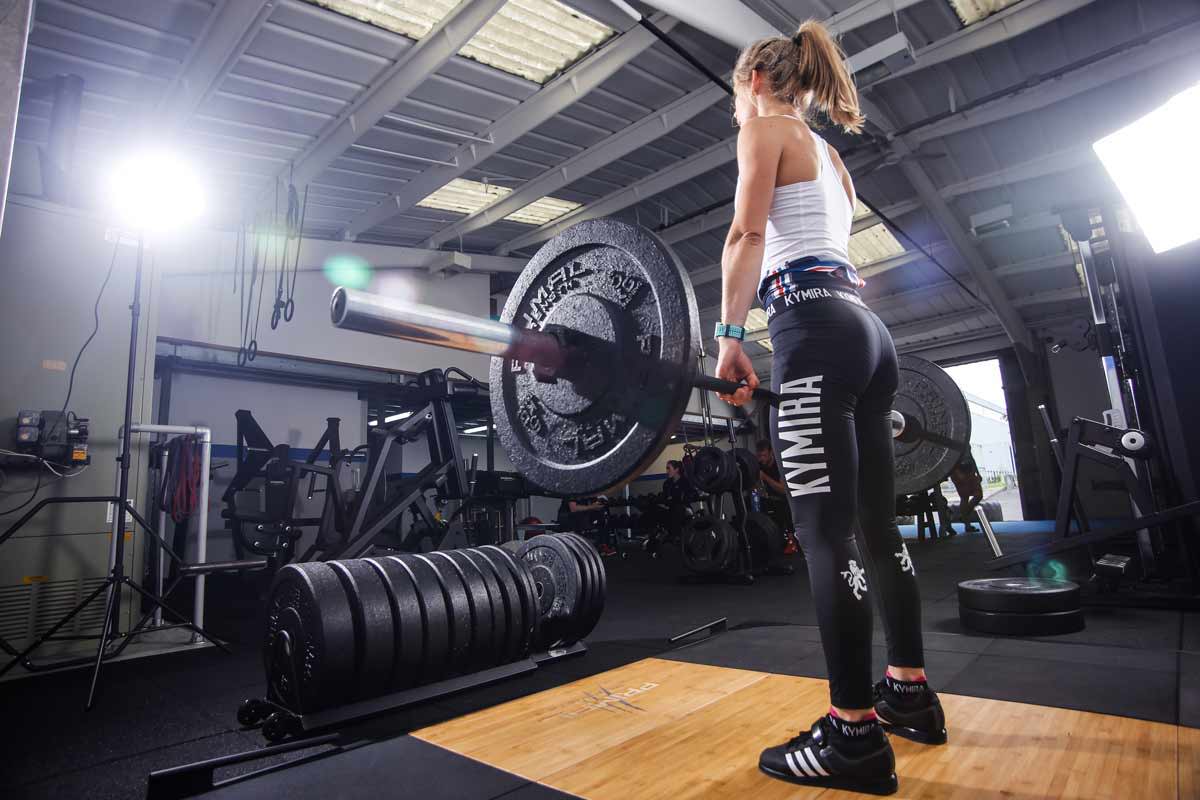 How Strength and Conditioning Can Improve Athletic Performance in Women

It's about time women stop fearing the weights room and start training with men. There is a lot of misinformation out there when it comes to lifting and even athletes who train for a living are none-the-wiser. However, athletes who don't supplement their sport with a strength and conditioning program risk missing out on the chance to enhance their performance. A specific weight training program, when done correctly, can improve form, speed, flexibility, explosiveness, and reduces likelihood of injury.

If you ask a woman why she doesn't want to lift heavy weights, the answer almost always has something to do with not wanting to look like a man who spends too much time in the gym. Women avoid lifting anything heavier than a two-pounder for fear of developing large muscles.

On the contrary, Shape Magazine states that weights define and tighten the body, giving it that desirable overall lean look.

Women are never going to get as big as men because men produce more testosterone which builds the type of muscle mass that women typically want to avoid. The structure of the muscle itself is different in men and women. Although muscle composition is similar, muscle fibres are smaller in women's muscles than in men, which makes it highly unlikely that a woman will develop huge muscles.

Many athletes have to stay lean in order to be more agile so they resort to logging in unnecessary hours doing cardio.

That belief has actually been around for a long time and it does work in shaving off calories, but not necessarily fat. Healthline explains that this is due to the recovery phase of weight training, rather than the actual session itself.

A proper session of lifting boosts the basal metabolic rate, or how much you burn at rest. So next time you are out to train, keep in mind that for sustained results, performing 10 reps of deadlifts can do more to keep you trim than an hour of running on the treadmill.

Myth #3: Weight training slows you down

KYMIRA Sport previously stated that fat slows you down, not muscle. Humans are made up of 50/50 slow twitch and fast twitch muscle fibres, which are responsible for muscle contraction. Very Well Fit claims that endurance athletes use slow twitch muscles while the fast twitch fibres are associated with explosive workouts such as sprinting.

A combination of strength and conditioning helps an athlete achieve maximum force, especially in sports that require sudden bursts of energy, such as football, rugby, or martial arts. The role of a good strength and conditioning program for athletes is to improve overall performance in their field. It enhances technical skills required for performing repetitive motion. For instance, weighted squats focus on building muscles in the lower body, vital for a track and field athlete or someone who has to perform short bursts of sprinting. Consider Kelly Holmes who took home a double Olympic gold in 2004. Aside from hitting the oval many times in a day, Holmes is known to incorporate barbell, medicine ball, and box jump workouts in order to increase her power.

A strength and conditioning program is not just about lifting weights. It encompasses a wide array of exercise methods which offer different benefits. The use of bands and chains to perform compound movements with resistance, trains the body and musculature to perform at explosive speeds. Medicine ball routines help an athlete become balanced, coordinated and flexible. Whilst plyometrics training activates fast twitch muscles to harness incredible amounts of power.

Overall, weight training helps an athlete gain an awareness of weaknesses and muscular imbalances so that they can be resolved straight away.

So how should female athletes train? The same way as their male counterparts. Athlete or not, women should stop buying into misconceptions that deter them from the weights room. In the long run, they'll find that the one thing they fear is actually what they really need. If you're ready to get stronger and better, check out Kymira Sport's gym wear for women that will enhance your performance during exercise.