Is There A Perfect Time To Run? 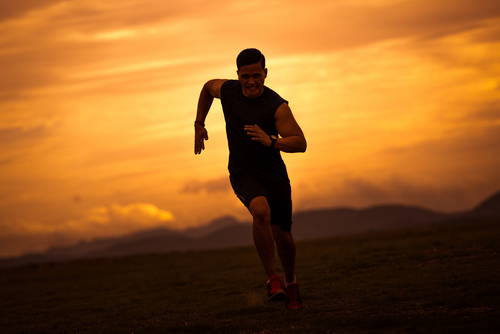 One of the age-old questions for runners seeking to improve performance is "is there a perfect time to run?"

In this article I'm going to dig into the factors that determine running performance.

I'll look at what the science around the topic says and how logistical, physical and social factors can play a significant role in affecting running performance at various times of the day.

By the end of the article you'll be better equipped to plan your runs to improve your times.

The Importance of Circadian Rhythms

All of our body systems experience fluctuations across the day – some of our physiological functions are at their peak in the mornings, some in the afternoons, others at night. Not all of these will have an impact on our running, but some of them have significant effects. The key is to time runs when the processes that improve running are working at their optimum.

In the study ‘Circadian Rhythms in Exercise Performance: Implications for Hormonal and Muscular Adaptation ', researchers found that there is a striking correlation between circadian rhythms and key elements to running performance – core body temperature, hormone secretions and neural activation fluctuated throughout the day. Taking advantage of these times will help improve your running significantly – in some cases shaving minutes off your times.

Studies have consistently shown that core body temperature (reducing injury risk), VO2 max (improving cardiovascular output), neural activation (improving technique and stride pattern) and beneficial hormone secretions (improving muscle recovery and power output) are at their highest later in the day – from late afternoon to early evening. This means that all other factors being equal, there's a natural performance boost.

Contrast this with the early mornings when core body temperature, neural activation and hormone secretions are subdued and you'll understand why morning running is at a natural disadvantage. It's not to say it's impossible, but you're certainly making life harder for yourself.

Likewise, our bodies naturally ‘lull' in the early afternoon, where a lot of core processes begin to slow down temporarily. Timing your run when you naturally begin to feel tired may be a wise strategy to stave off the afternoon slump, but it's unlikely to see you set a personal best.

Psychological and Practical Factors of Running

It wouldn't be right to ignore the significant psychological effects on running and performance – in the right circumstances a positive mind can overcome certain physical limitations. Many runners will pick their running time based on their mental state, rather than their physical state, often saying that although before a run they may feel sluggish and tired, afterwards they feel fantastic.

In this next section, we're going to look at the psychological and social factors that may play a role in running performance at various times of the day.

Arguments for and against running in the morning…

It's less likely to be a consistent plan – it's easy to switch the alarm off!

Arguments for and against running in the early afternoon…

Arguments for and against running in the late afternoon/early evening…

If you run too late, it can keep you awake at night.

It's not impossible to run at any time of the day, you merely have to make adjustments. If you run in the morning, it may not be perfect from a physiological viewpoint, but it's not impossible. With a dynamic warm up and an appropriate session where you don't expect too much of yourself, you'll be able to run well.

If your aim from a session to set a personal best or to demand extra from yourself physically, you'd be best served to see if you could schedule such a session in the afternoon, where your body is likely to be working with you.

As a competitor, perhaps stick to races with a later start time to get the best out of yourself.

Ultimately we all have different schedules and circadian rhythms – I've personally known people who train at their best in the mornings, whereas I myself am significantly better in the afternoon or evening. As long as you prepare as best as you can, eating correctly, hydrating effectively and warming up thoroughly you can still enjoy a fantastic run.

These physiological ‘rules' are based on averages and fundamentally we're all different, so the best approach is to listen to your body, monitor your performance and learn how, when and where you feel best.

For our running products, take a look at our infrared running collection .

Steve is a personal trainer and sports nutrition specialist